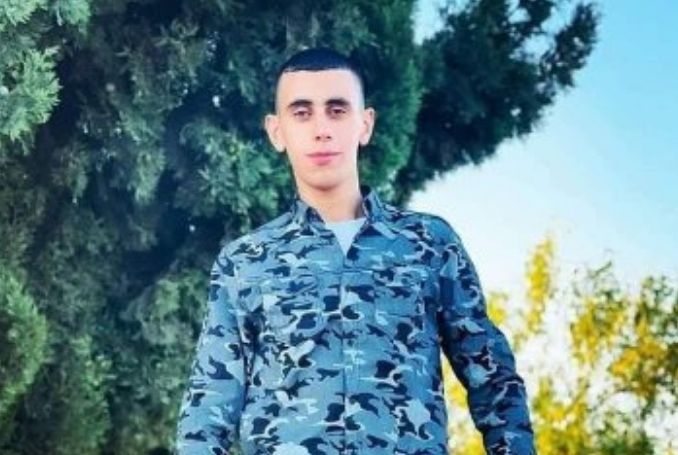 Some 270 Palestinians were injured in the occupied West Bank as they clashed with Israel Defense Forces troops, who fired tear gas and rubber bullets into crowds protesting illegal Israeli settlements.

Hundreds of Palestinians gathered on Friday in the town of Beit Ummar, northwest of Hebron, to mourn the death of a protester who had been killed by the Israeli occupation forces a day before.

Shawkat Awad, 20, was shot in the head and abdomen on Thursday during clashes that erupted after the funeral of a 12-year-old Palestinian boy who was also killed by Israeli troops earlier in the week. The mourners carried Awad’s body through the town, with the funeral procession spiraling into new clashes with Israeli soldiers.

Clashes also erupted at the village of Beita, near Nablus, in the northern occupied West Bank. The town has seen numerous protests since May, when illegal Israeli settlers moved in and started setting up homes and building a road on a disputed stretch of land.

Images circulating online showed dozens of Palestinians using slingshots to hurl rocks at the Israeli military as burning tires let off thick clouds of black smoke – apparently, an effort to conceal themselves from the Israeli troops seen shooting at protesters.

The clashes left around 270 Palestinians injured across the West Bank, according to the Palestinian Red Crescent. While the majority of the victims were exposed to tear gas, around 50 were injured by rubber-coated bullets, while another seven reportedly suffered wounds as the result of live fire, the Red Crescent told the AFP news agency.

‘Believe firmly, because with hope nothing is impossible’.

Watch this short clip of The Palestine Chronicle-sponsored Youth Stars Center football team in Gaza, as they receive their new cleats and feature their Palestine Chronicle shorts and jerseys. The players also now have access to a grass field for their regular training sessions.

These are some of the statements made by the kids in the video:

Note: All funds allocated to sponsor the Gaza team come from personal donations from Palestine Chronicle staff. However, if you wish to help, please contact us directly and we will put you in touch with the team managers in Gaza.

Currently working together on a new publication, “Our Vision for Liberation: Engaged Palestinian Leaders & Intellectuals Speak Out“, this will be a timely discussion illuminating the process of producing this compilation of perspectives which aims to provide a new Palestinian discourse fit for today’s challenges to achieving Palestinian freedom.

We’ll be hearing whether recent new-found unity across Palestine in protest against the ethnic cleansing of Sheikh Jarrah and the devastating bombardment of Gaza, in what has been called the “Unity Intifada”, already points to the materialization of a new vision.

Prof. Ilan Pappé is a distinguished Israeli historian and socialist activist. He is a professor with the College of Social Sciences and International Studies at the University of Exeter, director of the university’s European Centre for Palestine Studies, and co-director of the Exeter Centre for Ethno-Political Studies.

Dr. Ramzy Baroud is a Palestinian-American journalist and the Editor of The Palestine Chronicle. He is the author of five books. His latest is These Chains Will Be Broken: Palestinian Stories of Struggle and Defiance in Israeli Prisons (Clarity Press).

“Our Vision for Liberation” is due to be published in November 2021.

The post ‘Our Vision for Liberation’ with Ilan Pappé & Ramzy Baroud appeared first on Palestine Chronicle.

What does ‘toppled to the ground’ actually mean in real life? What happens to a neighborhood once a missile explodes and the bodies of dead and wounded are collected?

In this latest video production by The Palestine Chronicle team, we attempt to visualize destruction and locate the names of those who died in the homes and neighborhoods in which they once lived.

A Gaza-based Palestinian Journalist, Wafaa Aludaini takes us on this emotional but necessary journey throughout the war-torn Gaza Strip.

“Numbers without names, stats without faces and charts without the human being that gives them true meaning, are insufficient to tell the story of Palestine,” Palestinian journalist and editor of The Palestine Chronicle Ramzy Baroud said.

“At the Palestine Chronicle, we have always defied that norm, which plagues much of the media. The Palestinian people are not sound bites and are not faceless, passive victims. This short video is our attempt at helping our readers visualize Gaza, the destruction of the last Israeli war and the people who underwent that harrowing experience,” Baroud added.

“It is extremely important for the world to see how Gaza looks like right now, after the latest, bloody Israeli offensive. It is important to visually experience the destruction, to know that our attention towards Palestine cannot be limited to the days in which Israel bombards Gaza,” Romana Rubeo, managing editor of The Palestine Chronicle said.

“During the 11-day war, at The Palestine Chronicle, we tried to provide as much information as we could. I think that associating words with images is a powerful tool to keep attention high. For each child, for example, a home is a safe haven. Seeing how Israel turned these safe havens into heaps of rubble in a matter of seconds is as painful as it is necessary,” Rubeo added.

To better understand what is happening and how and why the events in Palestine/Israel matter to us all, the Muslim Association of Puget Sound (MAPS) hosted an awareness-raising event on June 4. The following esteemed speakers shared their personal experiences, insight, and wisdom.

The post WATCH: Palestine, What’s Happening and Why it Matters appeared first on Palestine Chronicle.

Support for Palestine in international sports events continued, this time with Manchester City’s Algerian winger Riyad Mahrez carrying a Palestinian flag on the pitch after a Premier League fixture.

Mahrez celebrated his team’s convincing 5-0 win against Everton on Sunday by waving a Palestinian flag while draped in an Algerian flag.

The game took place at the Etihad stadium in Manchester.

Mahrez with the flags of Algeria and Palestine

This is only one of many such gestures of solidarity with the Palestinian people by high-profile athletes in the UK and across the world.

Riyad Mahrez is the latest footballer to hold aloft the Palestine flag in the most well-known stadiums in world football.

“This was followed by Manchester United’s Paul Pogba and Ivory Coast international Amad Diallo doing the same after their side’s final fixture at Old Trafford this season, a 1-1 draw with Fulham,” the widely circulated publication added.

Mahrez’s statement of solidarity arrived at a time when millions in the UK and around the world have expressed solidarity with Palestine, while protesting the Israeli war on Gaza and violence in occupied Jerusalem and the West Bank.

Another important development in terms of solidarity with the Palestinian people has been reported in the football fields of the British  Premier League.

Manchester United midfielder Paul Pogba became the latest footballer to display the Palestinian flag in a show of support as he paraded it around Old Trafford after the Premier League game with Fulham.

At the conclusion of the game – which was United’s last at Old Trafford this season – players made their way around the touchline to salute the fans in attendance, in what was the team’s first appearance in front of supporters since the Covid pandemic.

Pogba, who had played the entirety of the game, was seen holding up the Palestinian flag along with youngster Amad Diallo, 18, who had come on as a late substitute.

The Egyptian player Mohamed Salah declares his solidarity with Palestine

Talking to RT International, Palestinian journalist and editor of The Palestine Chronicle Ramzy Baroud said that Israel has deliberately destroyed the Red Crescent building in Gaza on Monday.

“Not because we have any information from the Israelis to show that, but because we have a track record, and the track record has been the destruction of numerous civilian facilities, various buildings and towers that host international media, including that of Associated Press, Al Jazeera, and of course main roads, main crosses and so forth,” Baroud said.

Israel has a right to exist and to defend itself. That’s a fact. The same is true for Palestinians – that point seems to get missed. Palestinians are, at best, third-class citizens in the nation of their birth.

The Israeli government, on an ongoing basis, declares parcels of land on which Palestinians live to be either of military or archeological importance, causing residents to be evicted. Sometimes there’s a court case, and almost always, the Palestinians lose.

As more and more Jewish settlers take over the land on which Arabs lived, the Occupied West Bank becomes de facto more Israeli and, in the explicit hopes of the Israeli government, more Jewish.

This is a long-standing and deliberate attempt to force Arabs – who have lived in that land sometimes for hundreds of years – out. It is an attempt to dilute their presence, because to have Arabs as full participants is, in the opinion of the Israeli government and courts, diluting Israel.